Guy Bourdin (2 December 1928, Paris – 29 March 1991, Paris) was a French artist and fashion photographer known for his provocative images. He is considered as one of the best known photographers of fashion and advertising of the second half of the
20th century. He set the stage for a new kind of fashion photography. A painter his entire life and a self-taught photographer, he was working for magazines, such as ‘Vogue’ as well as for brands such as Chanel, Ungaro and Charles Jourdan. He exhibited his
first photographies at Galerie 29 in 1952. Nowadays his work has been exhibited in the most prestigious museums, such as The Victoria & Albert Museum, The Jeu de Paume, The National Art Museum of China, The Tokyo Metropolitan Museum of Photography and The Moscow House of Photography.

His work are part of the collections of many prestigious institutions such as the MoMA in New York, The Getty Museum in Los Angeles and the collection of the V&A among others. He was among the first to create images with narratives, telling stories and shows that the image is more important than the product which is displayed. Using fashion photography as his medium, he sent out his message exploring the realms between the absurd and the sublime. Famed for his suggestive narratives and surreal aesthetics, he radically broke conventions of commercial photography with a relentless perfectionism and sharp humor. Guy Bourdin was among the first to imagine fashion photography that contained fascinating narratives, dramatic effects with intense color saturation, hyper-realism and cropped compositions while he established the idea that the product is secondary to the image. Collaborating with Issey Miyake, Chanel or Emmanuel Ungaro, it was his work for the shoe label, Charles Jourdan, that brought him the attention of a wider public. With this ads, Guy Bourdin dared to barley show the product and turned the shoe into a trivial element of a theatrical mise-en-scène that enhanced sex and bad taste. He used the format of the double spread magazine page in the most inventive way. He tailored his compositions to the constraints of the printed page both conceptually and graphically, and the mirror motif so central in his work finds its formal counterpart in the magazine double page spread. While on the one hand employing formal elements of composition, Guy Bourdin, on the other hand, sought to transcend the reality of the photographic medium with surreal twists to the apparent subject of his images and his unconventional manipulation of the picture plane. Given total creative freedom and with uncompromising artistic ethic, Guy Bourdin captured the imagination of a whole generation in the late 1970s, recognised as the high point in his career. 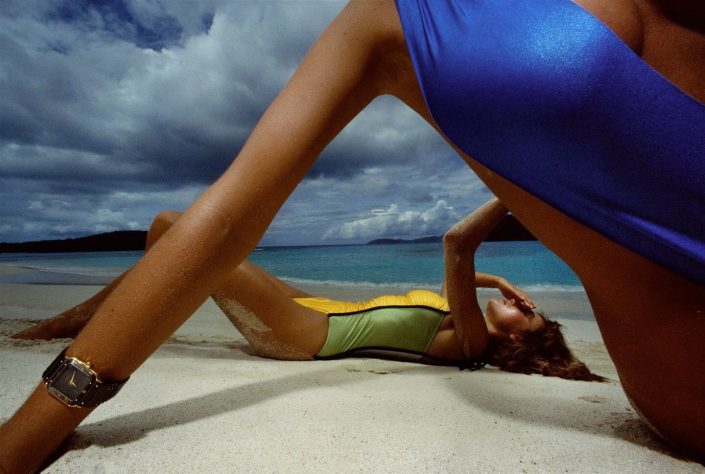 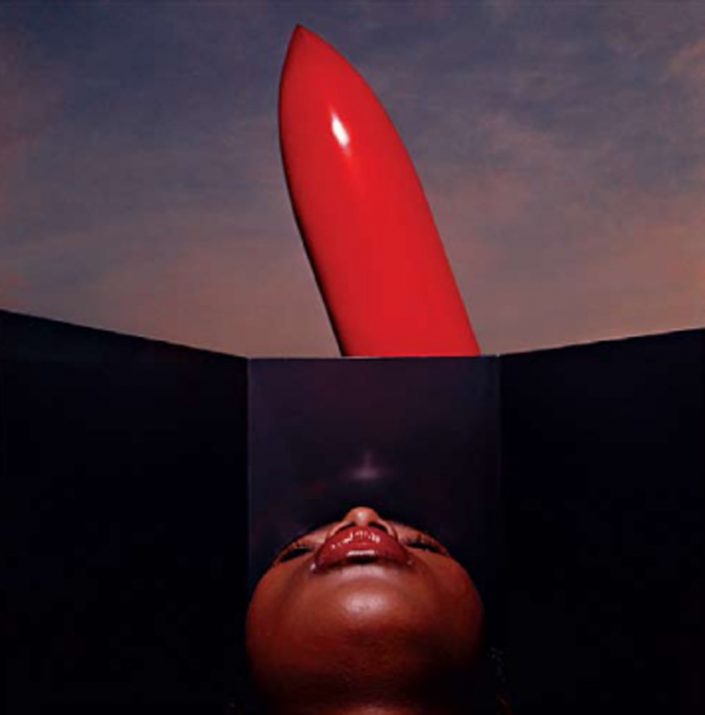 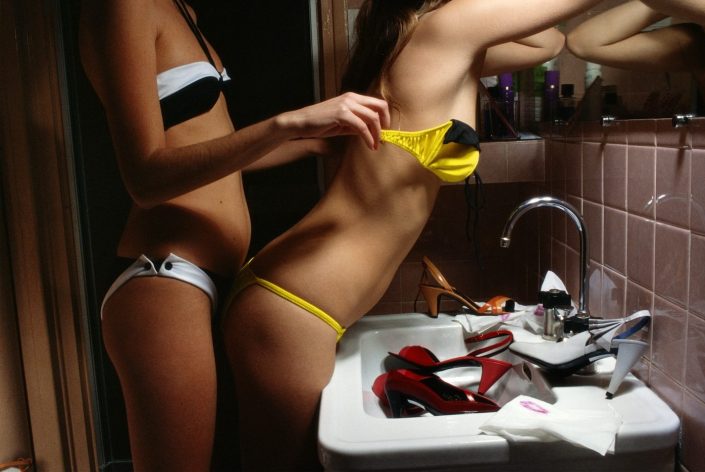 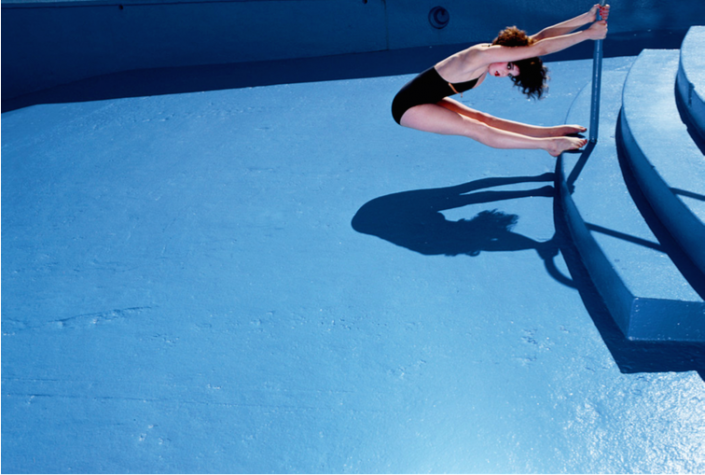 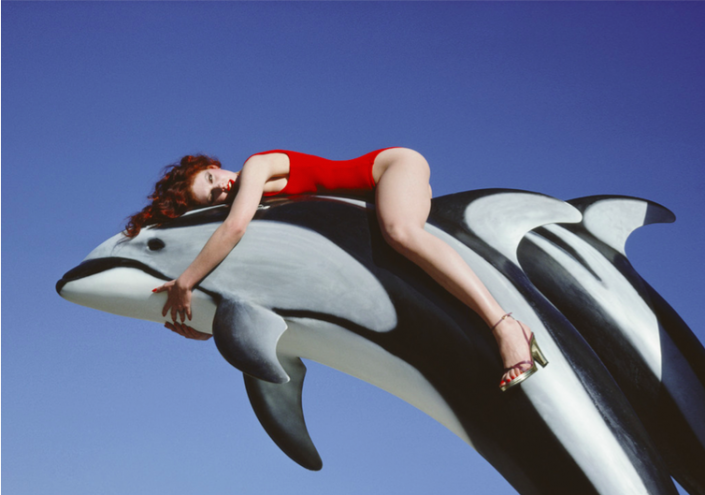 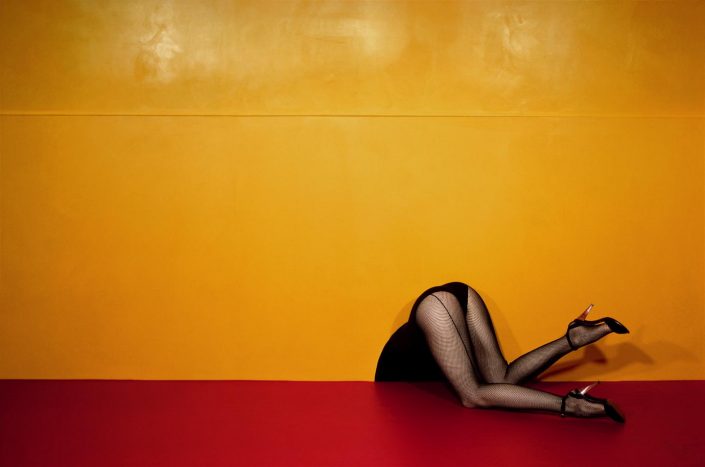