The artist Daniel Arsham grew up in Miami where he witnessed, as a child, the devastation of Hurricane Andrew in the summer of 1992. This confrontation with the devastating effects of natural forces is the thread in his work that we will be able to discover this spring at St. Barts’ Musée Territorial.

Arsham explores many materials like rock dust, volcanic ash or sand just like an alchemist. The monochrome tone of his works is partly explained by his partial color blindness that forces the artist to insist on the formal quality of objects. New special glasses that partially correct his color blindness have opened new horizons for this artist of the future. “I have an intimate experience with Hurricane Andrew, which hit Miami when I was a child. I watched the dismembermentof my house and the architecture around me. I often draw on this experience of seeing architecture collapse and watching the destruction of walls and ceilings. A lot of my art has the appearance that it is decaying or falling apart, however, it can also be seen as coming together. Generally, I like to use materials in the way that they are not meant to be used, whether it is a wall melting, or a boombox decaying. However, unlike a hurricane, I create work that manipulates architecture, time, and media in a very subtle, more quiet and slow way.” With his 300,000 followers on Instagram, Arsham evolves as a multitalented artist who is in turn an architect, a sculptor, a director and a scenographer… After his studies, he cofounded The House, a selfmanaged artists’ center, and Pacemaker Gallery, which became one of the cult spaces of the emerging scene of Miami. In 2005, he designed the Dior Homme showroom in Los Angeles for designer Hedi Slimane. The same year, he joined gallerist Emmanuel Perrotin’ team, alongside Kaws, Jean-Michel Othoniel and Takashi Murakami.

Then he collaborated with Pharrell Williams to recreate, in volcanic ash, a Casio MT-500 keyboard, the singer’s first instrument. Also interested in the functional aspect of architecture, he cofounded the architecture and design practice Snarkitecture in 2007. In a few years, he has become one of the most prolific and original artists on the world stage, pursuing an aesthetic and leaving a profound impression on the traces we will leave in a few centuries. Between science and fiction, Arsham reveals a part of his project. “I spent time in St. Barts last year when I was preparing my exhibition at Eden Rock and I went out a lot at night and took photographs of the island and the stars and the moon. I’m bringing some work that incorporates this notion of the moon, this notion of placing color onto the moon. In my recent exhibitions I have created Japanese gardens that are meant to be viewed in the dark or at night, illuminated by the moon. I’m bringing together works that deal with concepts of space travel, of exoplanets, of time all integrated into these Japanese gardens. I have also been creating sand paintings. These are static representations of the same patterns and shapes that can be seen in Japanese zen gardens or classic mandalas. They act as a fixed version of something that seems temporary and ephermal. I apply vivid color treatments to the Sand Paintings in reference to the world I create around my subtly modified sand gardens. They play on the connection between permanence and impermanence. A poetry of the archeology of the future soon offered to the locals and visitors of St. Barts! 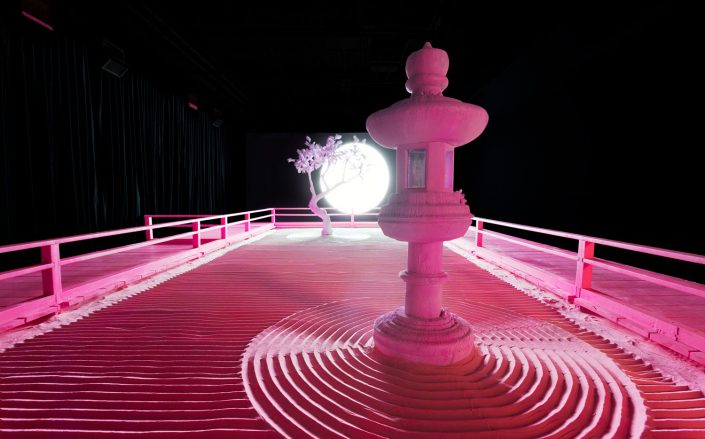 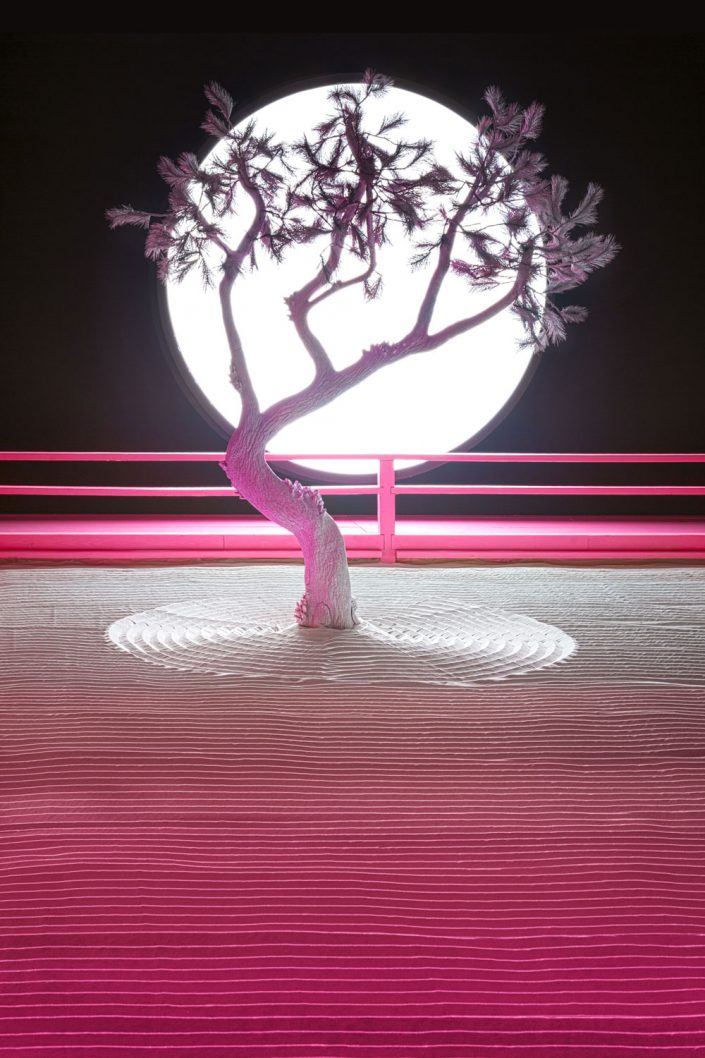 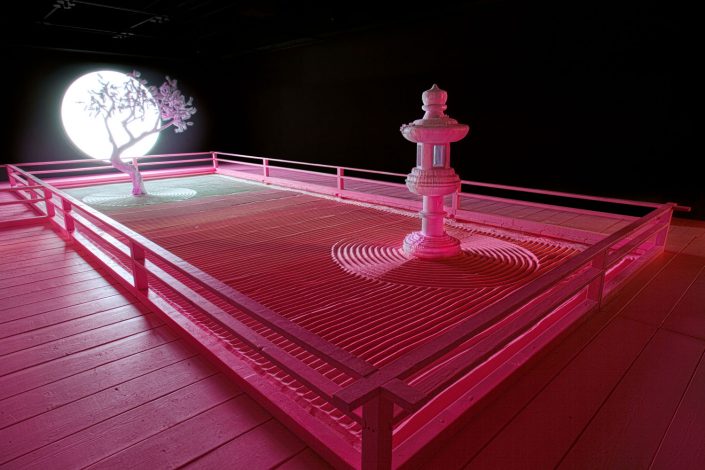 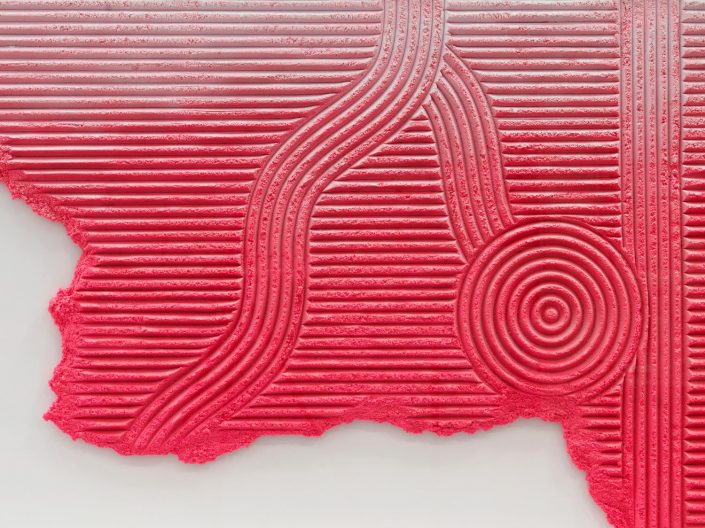 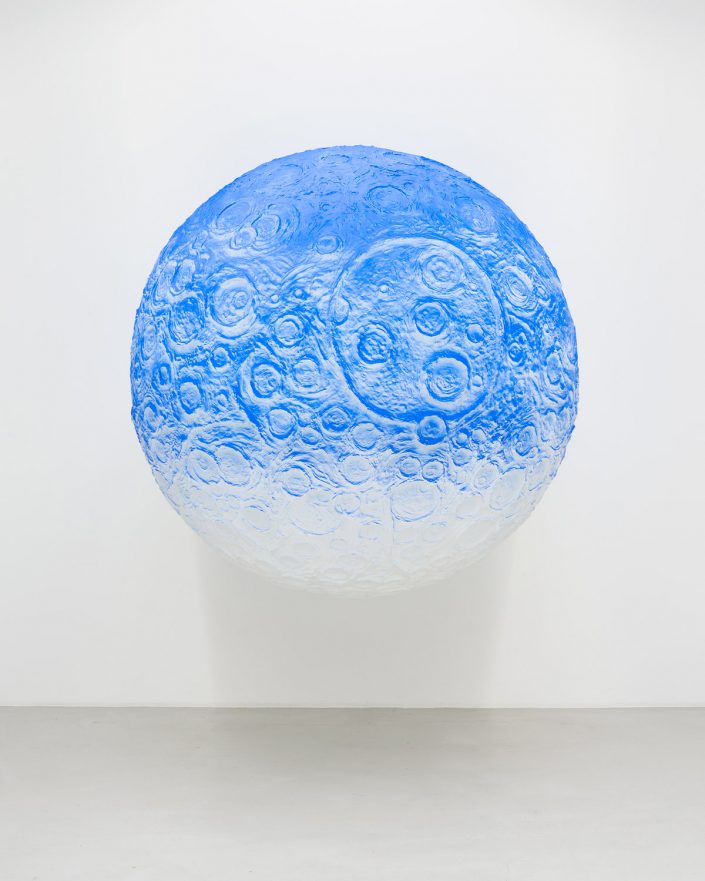 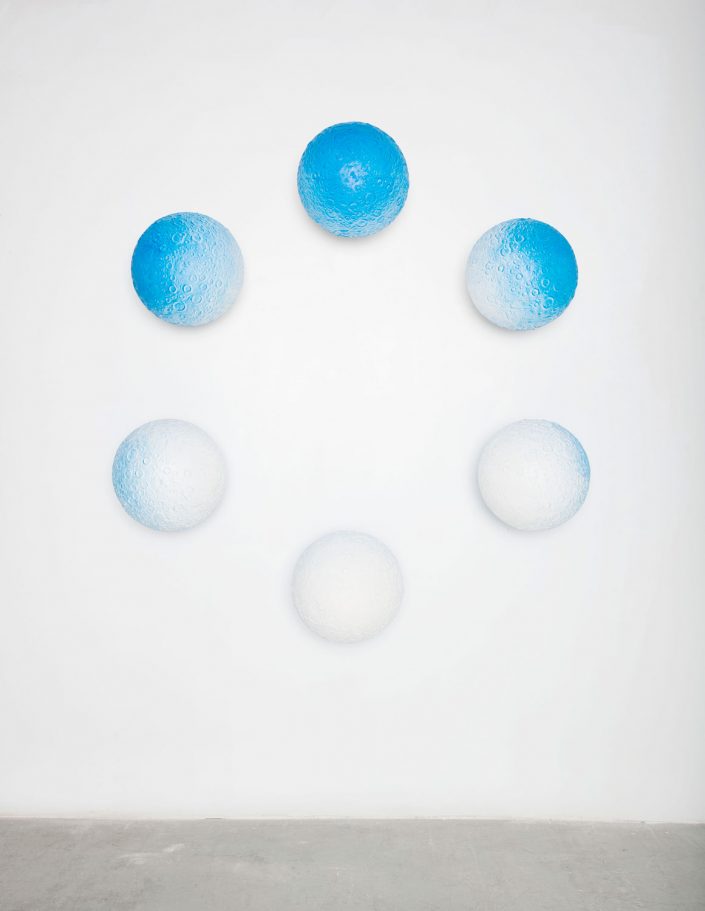 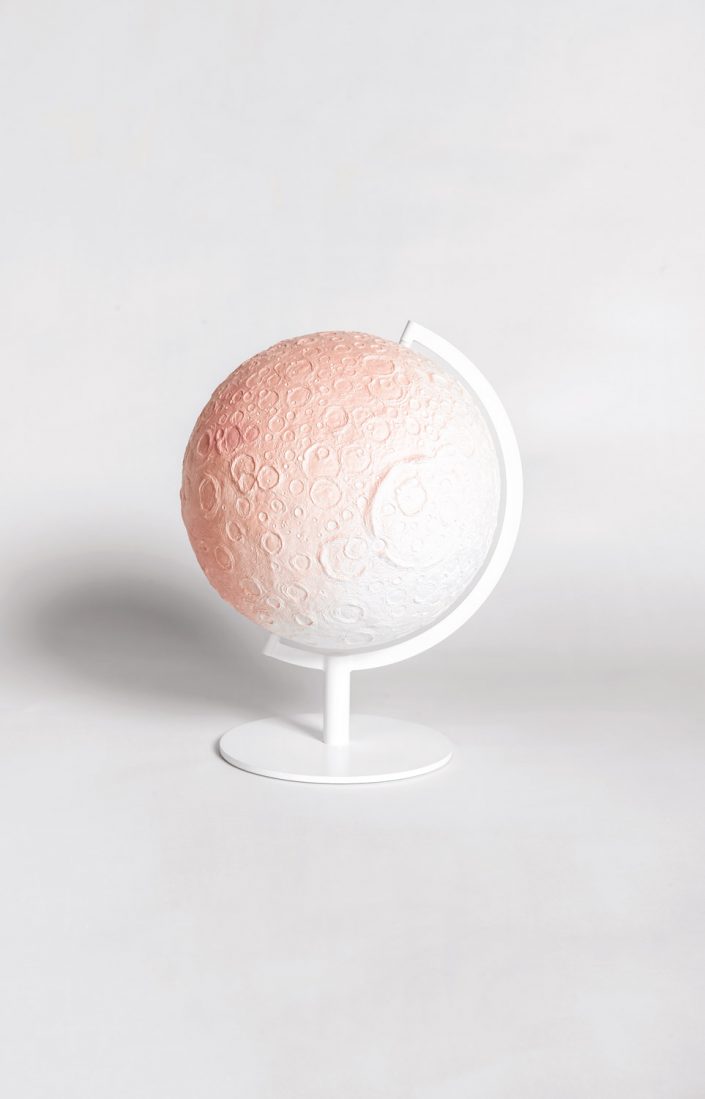